MCA publish B. B. King’s album : ‘There Must Be a Better World Somewhere’ produced by Dr.John (1981)

B. B. King’s ‘There Must Be a Better World Somewhere’ is an album fully written and produced by Dr.John and released in January 1981 by Mca.

(Source B. B. King – There Must Be a Better World Somewhere | The Official Website of the King of the Blues, B.B. King)

sewollef @ RateYourMusic
The whole thing is held together by Purdie’s drumming and of course Bascomb’s bass for me. A superb album and a ‘return’ to form for King. Yes, you should own this! […]

Robert Christgau
King’s seldom been terribleand when in 1978 he decided to stop trying for AM ballads and disco crossovers and move on up to nightclub funk he started making good albums again. With songs by Doc & Dr. (Pomus and ace sideman John) and a band anchored by the spectacularly unflappable Pretty Purdie, this is the third time in a row he’s topped himself. […]

allmusic
Despite some fine solos by Newman and Crawford, this session was rather erratic, brief (under 36 minutes) and far from essential. […]

B. B. King’s ‘There Must Be a Better World Somewhere’ on RVM [Radio.Video.Music] 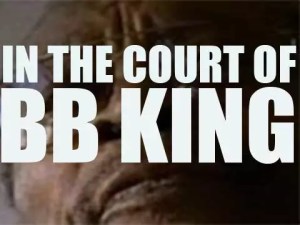 Jimmy Fallon sits in with Billy Joel at the Garden (2016)