Don Cherry’s ‘Complete Communion’ is an album recorded on December 24, 1965 with Gato Barbieri, Henry Grimes and Edward Blackwell and released in 1966 By Blue Note.

Piero Scaruffi
Cherry (at the ostensible leader) is quite subdued, his pocket trumpet unable to stand up to Barbieri’s exuberant saxophone and to the creative and sometimes chaotic rhythm section: but that was precisely Cherry’s point. […]

JazzTimes
Cherry articulated an avant positivism that still has many esteemed adherents. While the buoyant, often folkish themes of these two LP sidelong suites are decidedly user-friendly compared to much of what was happening in 1965-Coltrane’s Ascension; Ornette’s Chappaqua Suite; Ayler’s Bells-this is adventurous music even by today’s standards. […]

Cosmik Debris
I can say the group allowed each sound to evolve gradually as opposed to simply throwing them out in well-bordered modesand I can say it’s a very rewarding listen. It’s also a listen that is doable for avant-garde fence-sitters, because the dangerous, near-chaotic sections are tied together with pieces of music that are more comfortable […] 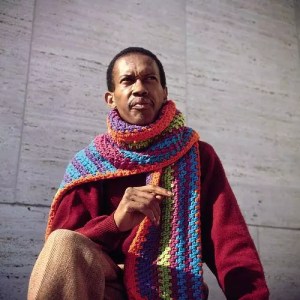 Miles Davis records with Thelonious Monk and Milt Jackson, ‘Miles Davis and the Modern Jazz Giants,’ an album for Prestige (1954)