Mavis Staples ‘ ‘One True Vine’ is her fourteenth album recorded with Jeff Tweedy from Wilco and released on June 24, 2013 by Anti.

PopMatters
At first, I felt it compared unfavorably to You Are Not Alone. I was wrong. It’s a rich, beautifully crafted and moving experienceand further evidence that the Mavis Staples/Jeff Tweedy partnership is the musical equivalent of a marriage made in heaven. […]

Pitchfork
The album intends to trace the believer’s trajectory from doubt (“Holy Ghost”) to certainty (“One True Vine”), which lends the album an introspective quality and invests those final numbers with even more power. […]

Paste
Delivered in the moan of the broken, she offers an example for the most bereft. Her voice rising from the lyric’s wreckage, all coppery shine vanquishing the tarnish, she is restored—and so are we. […] 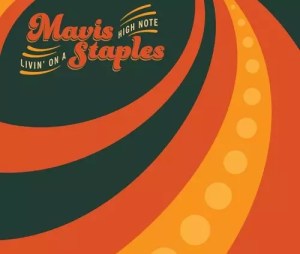 The Black Eyed Peas release ‘Elephunk’, their third album featuring ‘Where Is the Love?’ (2003)